TST is a Technical Development Program for aspiring players, specializing in Small Group Coaching.
Based in Melbourne, Australia.

Developing elite level players from scratch for the last 15 years.

TST has been operating since 2006. We started with 2 players a week. Now we work with over 150 players a week (over a number of locations and sessions). This growth is demand driven, mostly through word of mouth. We don't sensationalize what we do, we just get our heads down and work hard at developing technical  and intelligent football players.

We have worked with young players who have gone on to represent Australia at National level and worked with others who have gone on to play professionally in Europe. In 2019, 10 players (aged between 2008 and 2006) who started in the TST technical development program from a young age, were picked up by Melbourne City/Victory to play in their 2020 academy teams. [Go to the player achievements page for more details].  However, we are just as proud of the players who have worked hard and achieved their goal of stepping up to NPL, or just love the game and simply want to improve.  Success should not only  be measured by the level a player plays at. It must also be a function of how much the player has enjoyed their developmental  journey, no matter what level is ultimately reached.

If you want your child to have a level of confidence and creativity on the ball [without all the useless extravagance that is commonly found 'online' or in other 'skill' based programs] then TST has a proven track record of developing players with exceptional individual ability and intelligence.

We believe Technique starts with a players ability to move the ball around their feet*:

We call this footwork.

And since this area of technical development is the least developed aspect of technique at team training, TST becomes an essential developmental ingredient for all players.

At an individual level the game is an exercise in the :

Manipulation of time and space to improve the position of the ball.

TST develops all the tools necessary to achieve this.

Team Training will never be enough therefore All players need to do additional work on their :

So that playing in tight spaces is not a problem. 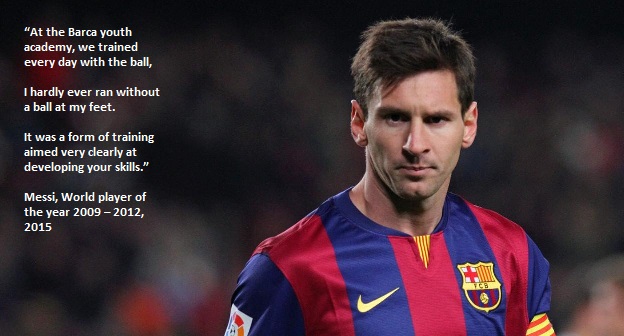